Savourna Stevenson playing a live performance of ‘The Source’, the opening piece from her CD ‘Tweed Journey’. The Tweed Journey charts the course of the River Tweed ( in her native Scotland ) from source to sea, starting with solo harp then adding a new member to the band for each piece … so by track 7 it’s a 7 piece band … another excellent CD from Savourna.

A nice live performance of ‘Blue Orchid’ from SavournaStevenson. She originally wrote & recorded this as part of the music for a TV documentary about orchid flowers … and also recorded it on her excellent CD ‘Touch Me Like The Sun’ … a wonderful CD that everybody should own, even if they think they don’t like harp music! Savourna is a prolific composer and has written a lot of great music for theatre, dance, TV and film … and even writes for full symphony orchestra. A great creative talent … as well as a cracking good performer on the harp!

Savourna Stevenson playing a solo version of her ‘Silverado Squatters’, a fun little piece of bluegrass for harp. Part of the music she originally composed for a series of TV documentaries about the life and travels of writer Robert Louis Stevenson. It’s recorded with fiddler Aly Bain on her CD ‘Tusitala, Teller of Tales’

The remarkable Savourna Stevenson playing a solo version of her Fording the Tweed. Originally recorded as a harp & bass duo on her CD Tweed Journey.

Water, from the ‘The White Swan’ on Calman the Dove

This short film features a number of different pieces of music. I like them all.
I have not sought the permission from the performers/artists for the use of their music. I would hope however that they will enjoy how I’ve used their music. I’ve loved the ‘Ocean of Sound’ LP of a number of years (& the book) and there’s loads of other good stuff on this double LP. I also really like Savourna Stevenson and her other stuff like ‘Fording the Tweed’ (Touch me like the Sun). The music featured in this film is as follows in chronological order:
Savourna Stevenson — ‘The White Swan’ from the album Calman the Dove — released 2000.
All other tracks are from the double album ‘Ocean of Sound’ 1996 compiled by David Toop

When Savourna Stevenson forsook classical piano studies for the Scottish harp in a fit of teenage rebellion, even she couldn’t have imagined that the instrument, almost forgotten at the time, would be the key to such varied musical adventures.

Whatever music she’s since heard in her head – be it jazz, blues, bluegrass banjo, African kora or Mexican mariachi band – Stevenson has translated it onto the harp without hint of novelty value or gimmickry. The result has been a body of work as individually expressive as it is unpredictably eclectic and that retains her Scottish roots while considering the next horizon.

Although not always the most visible of performers, she invariably breaks out of her Borders retreat with renewed passion and her latest work, settings of Lebanese poet Kahlil Gibran’s texts for harp and Iranian percussion ensemble The Chemiranis, promises another eventful chapter in her continuing travelogue. 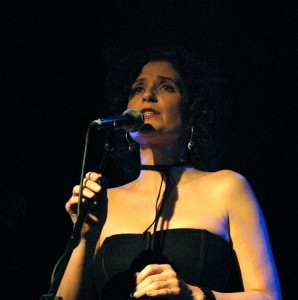 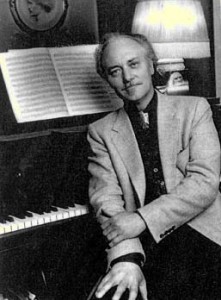